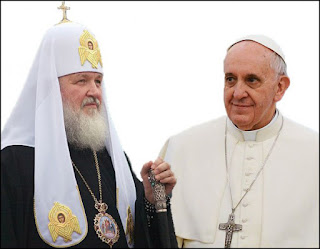 The declaration makes direct reference among others to three areas of mutual concern. First, it expresses concern about “threats to the inalienable right to life, to the family, to the marriage”. They also condemn the spread of euthanasia practices that cause people to feel that they are a burden on their families and on society in general. Finally, they proclaim their opposition to certain aspects of the use of Biomedical reproduction technology which is presented on a manipulation of human life.

Bellow you can see the full article written by the "Parliamentary Network for Critical Issues"
Read more »
Posted by Leo van Doesburg at 8:29 PM No comments:

BREAKING NEWS: Overwheling majority in the European Parliament voted for protection of religious minorities against the genocide of Daesh (ISIS) 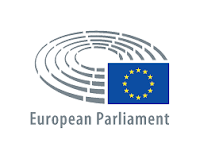 On Thursday 4 February 2016, the European Parliament adopted the Resolution on systematic mass murder by ISIS condemning the ongoing atrocities in the Middle East as genocide. It stresses that the “so-called ‘ISIS/Da’esh’ commits genocide against Christians and Yazidis, and other religious and ethnic minorities.” By unequivocally recognizing the systematic persecution as genocide, the European Parliament urges the international community to act to stop the killing.

The resolution “urges the members of the UN Security Council to support a referral by the Security Council to the International Criminal Court in order to investigate violations committed in Iraq and Syria by the so-called ‘ISIS/Daesh’ against Christians, Yazidis and religious and ethnic minorities”.

”Determined action at the UN on this genocide is long overdue. We hope that the clear language that members from all political groups agreed upon in this resolution will accelerate these important next steps and help to save lives.

What will the EU do? Important vote tomorrow in the European Parliament

Last week, in a resolution adopted at the Parliamentary Assembly of the Council of Europe the abhorrent acts perpetrated by the Islamic State in Syria were strongly condemned and characterized as genocide and Member States were called to act in order to prevent such acts.

Tomorrow, the European Parliament will vote a similar resolution and hopefully will do the same. Religious minorities in the Middle East are in serious peril. For example, a hearing that was organised last week in the European Parliament showed that Christians are one of the primary targets of ISIS and that there are serious threats to their freedom and well-being around the world. Therefore, the fight against religious persecution should become one of EUs top priorities.